Preamble
MDM Batch 2018 students Maj Jimrhic B Obias O-14511 IND Phil Army and PCI Joel Ramos Corpuz 0-22081 PNP were both promoted to Major for the Philippine Army and the Philippine National Police, respectively in a ceremony held inside AIM. 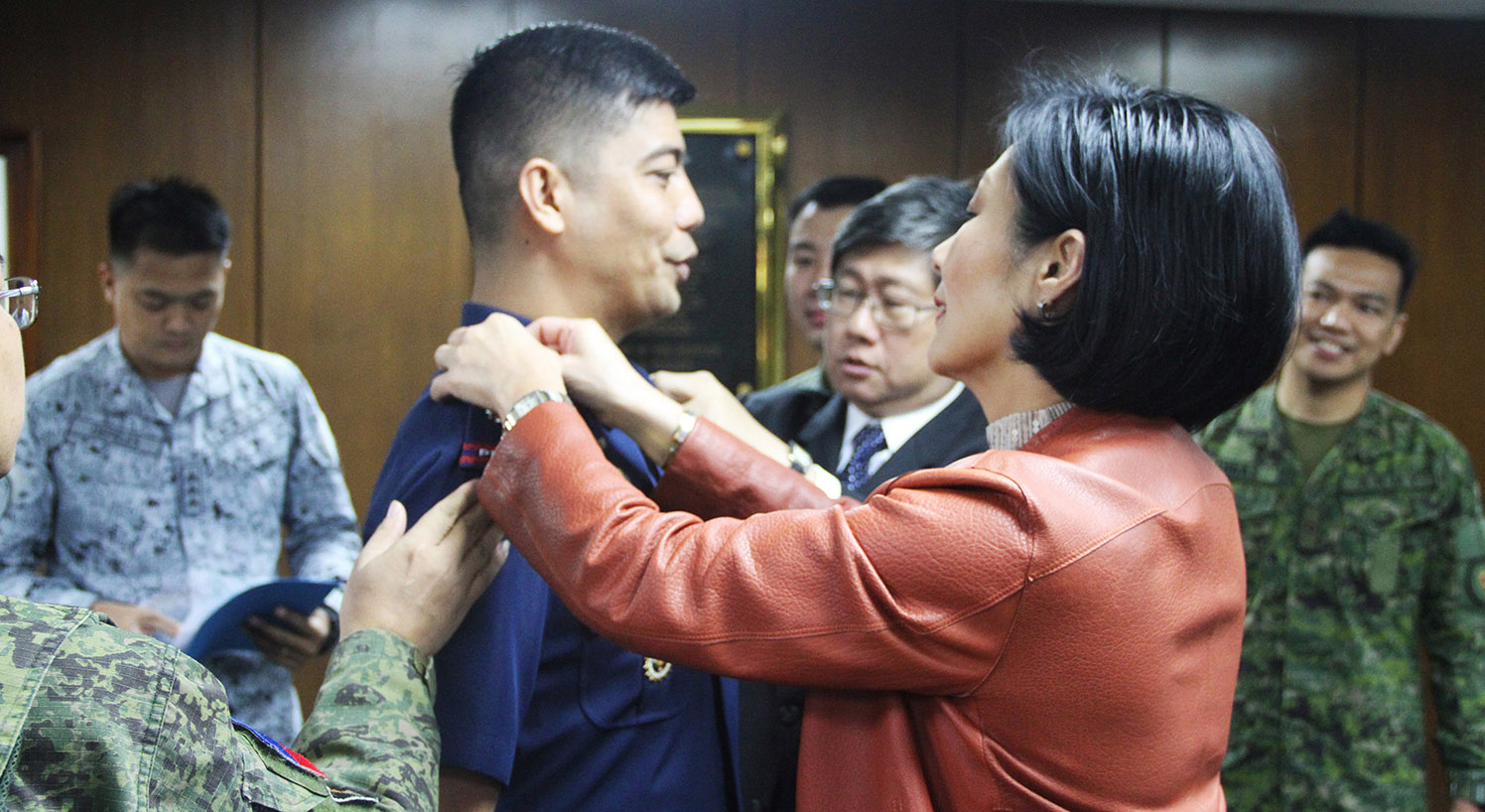 MDM Batch 2018 Cpt Jimrhic B Obias O-14511 IND PA and PSI Joel Ramos Corpuz 0-22081 PNP were both promoted to Major for the Philippine Army, and Police Chief Inspector (PCI) for the Philippine National Police, respectively. Our very own AIM President and Dean Jikyeong Kang presided the donning of the new ranks, together with the School Head of the Zuellig School of Development Management, Professor Kenneth Y. Hartigan-Go. 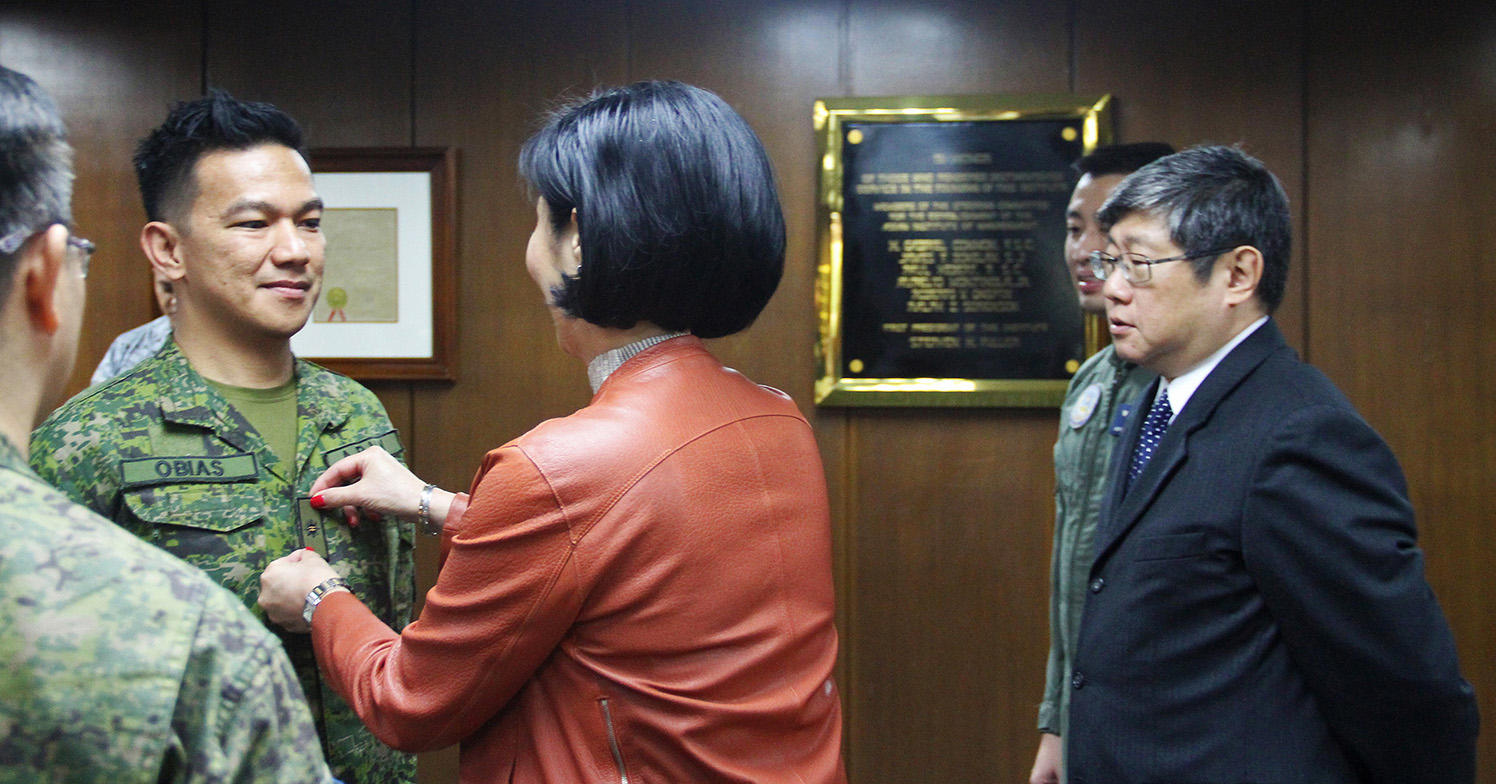 This is the second historic military event to happen inside the campus through the efforts of ZSDM this month, with the Philippine Air Force recently completing a two-week Development Executive Program on Leadership.

“We’re very proud of our two students. It’s an honor for me to be part of this important ceremony, and at the same time of their development as leaders of our country. It just shows what the MDM Program really is about, and it is developing the next generation of leaders who will guide and protect our countrymen. The future is bright for these two great men, and to our students who will be graduating soon. I’m hoping that more officers will join us in the future because the MDM Program will be perfect for them.”, said Professor Kenneth Hartigan-Go.

Meanwhile the two newly promoted officers were delighted with the day’s events. Said Maj Obias, “We would like to thank AIM, especially President Jikyeong and ZSDM School Head Prof. Kenneth for giving us the opportunity to have the donning of our ranks for promotion here in campus. This is normally a military tradition done inside our camps, but President Jikyeong gave us the chance to do it here. We thank her, and we’re honored to have her put the ranks on our shoulders herself.”. 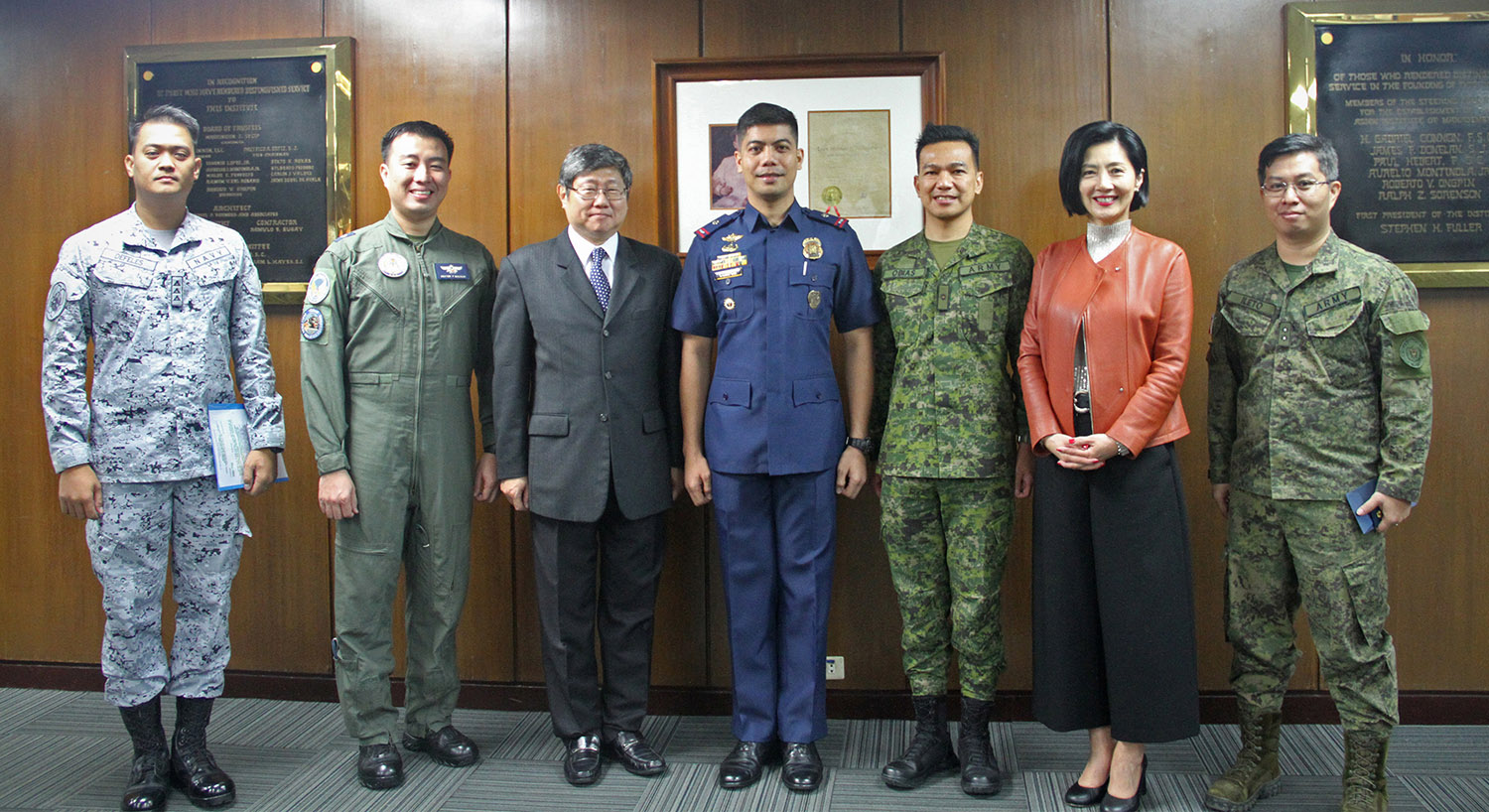 Meanwhile, PCI Corpuz said: “In addition to thanking the administration for allowing us to do this event here, we would also like to thank AIM for giving us the knowledge that will surely equip us to be better public servants. Now we are ready to better serve our community, our country, and most importantly our fellow Filipinos.”

It has been a successful year for the two newly promoted officers. Aside from being promoted, they are also looking forward to the completion of their Masters in Development Management at the end of this year. Indeed, the future is bright for these leaders and for the Philippines. 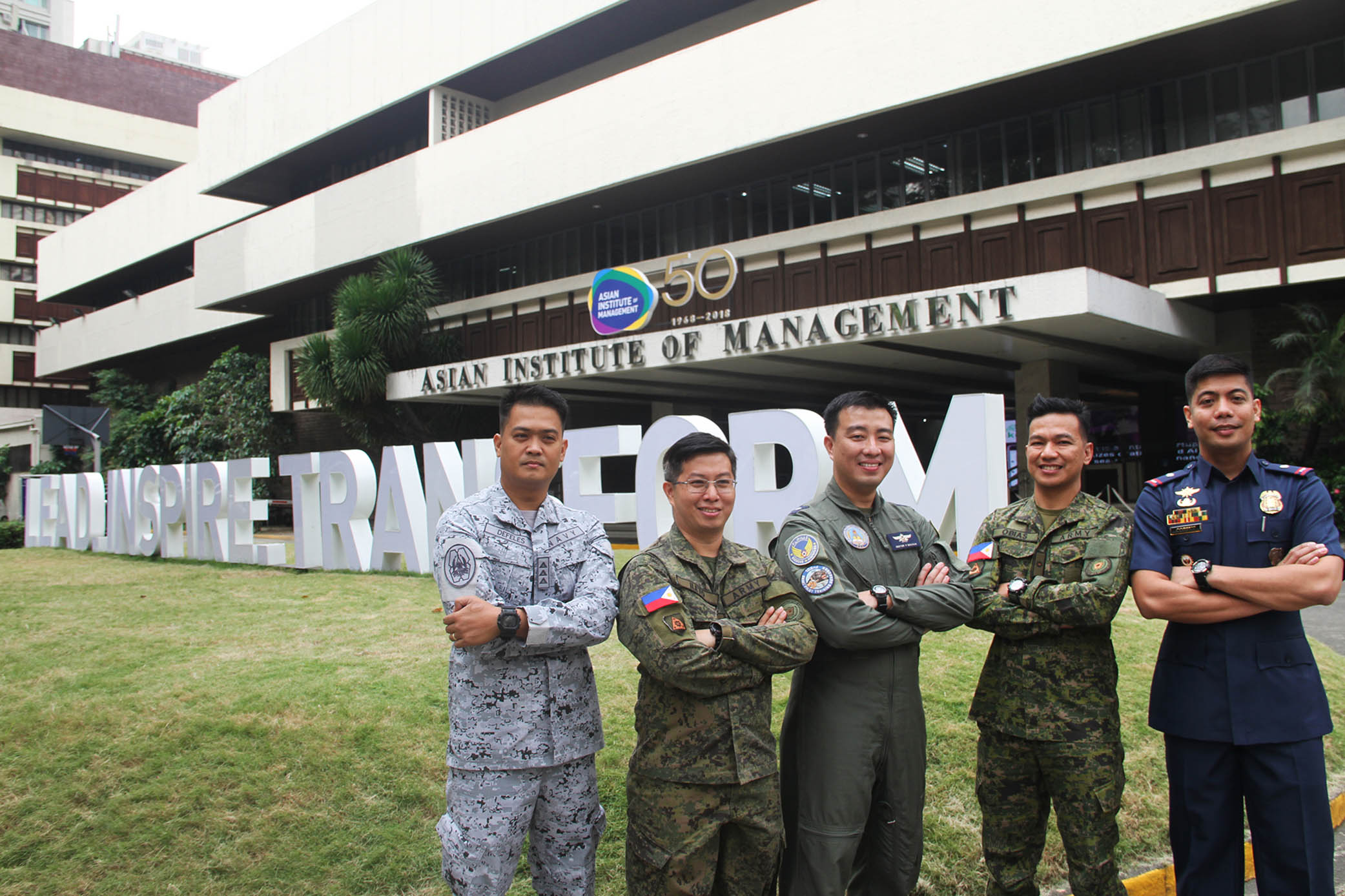 Be the next generation development leader through the Asian Institute of Management’s Masters in Development Management. Slots are available for our 2019 Batch, so apply now by contacting Ms. Carmel Tongol, our Recruitment Manager at CTongol@aim.edu