Preamble
AIM FBLP fellow Jemar Maldia, along with a group of young leaders, has recently launched Project Araw-Aral – a project that aims to build solar-powered co-studying spaces in unelectrified communities in the country. 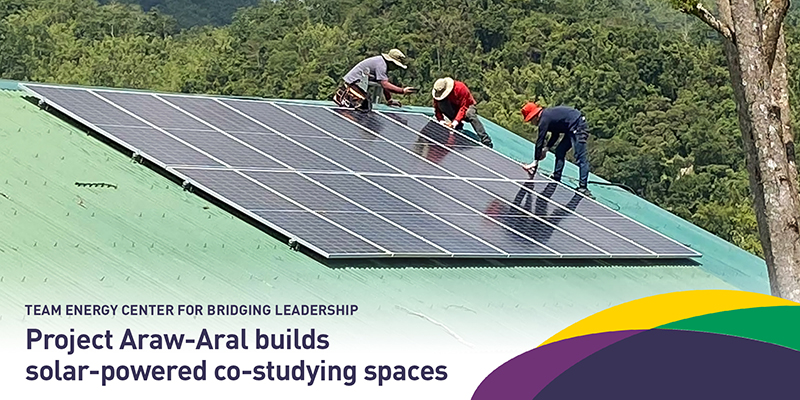 RENEWABLE ENERGY. Solar panels are being installed at the roof of a co-studying space in Laiban Integrated School. Photo by Ernesto Bernabeo III.

At Laiban Integrated School (LIS) in Barangay Laiban, Tanay, Rizal, teachers used to draw illustrations of computer applications such as Microsoft Word on the blackboard, for students to be familiarized with their functions without operating them on an actual computer. Other teachers would provide their own battery-powered laptop for sharing by a whole class of 30 students.

This was the situation in the remote high school prior to the COVID-19 pandemic. Situated in the mountainous terrains of Rizal, Laiban Integrated School, along with other establishments and households in the barangay, do not have easy access to electricity.
Without access to information and communication technology (ICT) facilities, students find it difficult to enter college or find employment after graduation. Now, with the COVID-19 pandemic, many students are confined to their homes without electricity and without their teachers.

Jemar Maldia, a young electrical engineer, had experienced the same situation as the LIS students when he was in elementary and high school. However, he and his family did not have electricity at home back then because they could not afford to pay electricity bills.
Together with a group of young leaders, Jemar launched Project Araw-Aral, which seeks to build solar-powered co-studying spaces in Barangay Laiban and other communities without electricity.

“It takes a village to raise a child. I was able to graduate from college and become an electrical engineer with all the efforts of several people and organizations. And I believe that the same can be done for the students in Barangay Laiban and other unelectrified communities in the country,” Jemar said.

Most households in Barangay Laiban depend on a diesel generator provided by the municipal government of Tanay for electricity. But due to the high cost of diesel, households only limit their access to electricity from 6 pm to 9 pm every day.

When the diesel generator malfunctions, the community is forced to live in darkness, which can sometimes last months as the nearest repair shop is in the town proper, approximately 21.5 kilometers away. There are no technicians or anyone who is knowledgeable in fixing diesel generators in the community.

Barangay Laiban residents are doubtful of renewable energy initiatives proposed by groups who have visited the community. In the past years, several organizations have deployed renewable energy projects but after a week or month, the equipment suffers due to lack of equipment support.

(Renewable energy projects in the past were short-lived because their scope was not expanded. Solar panels that were given to the school become useless when they malfunction. The school finds it hard to gather enough funds for the repair of broken parts.)

When Jemar joined the Renewable Energy Boot (Reboot) Camp of Friedrich Ebert Stiftung in 2018, he met young leaders who aspired to uplift the lives of people in communities such as Barangay Laiban. With the assistance of the Random Act of Kindness Mountaineers, Jemar and fellow young leaders immersed themselves in Barangay Laiban for 8 days to experience the problems of the community first-hand.

Jemar and his team conducted in-depth discussions with Barangay Laiban residents so they could learn more deeply about their views on electricity and renewable energy. Afterwards, they facilitated a seminar on various renewable energy sources, and possible ways through which the community could be empowered to handle the operation and maintenance of equipment on their own. 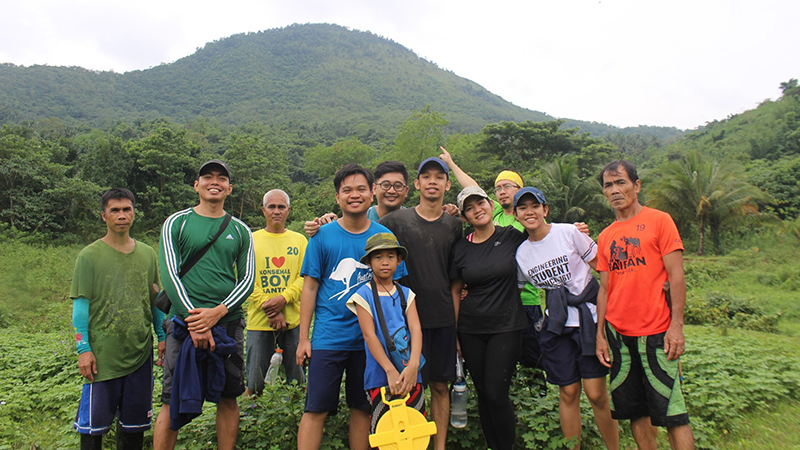 IMMERSION. Jemar and his team together with Barangay Laiban residents during their field immersion. Photo by Bea Reyno.

In 2019, Jemar became a fellow of the Future Bridging Leaders Program (FBLP) of the Asian Institute of Management (AIM). With the guidance of AIM faculty and AIM Team Energy Center for Bridging Leadership mentors, Jemar expanded community engagement and tapped more stakeholders for the project. He led his team to further crystallize their vision for Project Araw-Aral.

The Project Araw-Aral team partnered with the Integrated Institute of Electrical Engineers (IIEE) for technical guidance on the installation of solar panels. IIEE also agreed with them to conduct community trainings for LIS teachers and staff and Barangay Laiban residents, on the operation, maintenance, and repair of solar panels.
This answered the community’s long-time woes on the continuity and sustainability of renewable energy projects.

Last March 6, the Project Araw-Aral team installed solar panels on the roof of a classroom in LIS through the technical guidance of IIEE and the support of Friedrich Ebert Stiftung, after a year of postponement due to COVID-19 pandemic restrictions in the community.

The 14 units of 460W-solar panels can power 15 sets of computers and other appliances such as a television, a printer, electric fans, and lighting fixtures for six hours each day. Ten computers are available as of writing. The Project Araw-Aral team is looking for more partnerships to purchase additional units and new models that will consume less power.

When classes resume, teachers and students may use the space as an ICT room for three hours, anytime between 8 am to 4 pm. After school, from 4 pm to 7 pm, it will function as a co-studying space where students can do their assignments and familiarize themselves with computer applications.
For now, the teachers are using the space to de Gacosta, Barangay Captain of Laiban, remarked in an interview.

(The Barangay Council and I are grateful to Project Araw-Aral for the solar panels they have given to the Laiban Integrated School, because this is a big help for the students.) 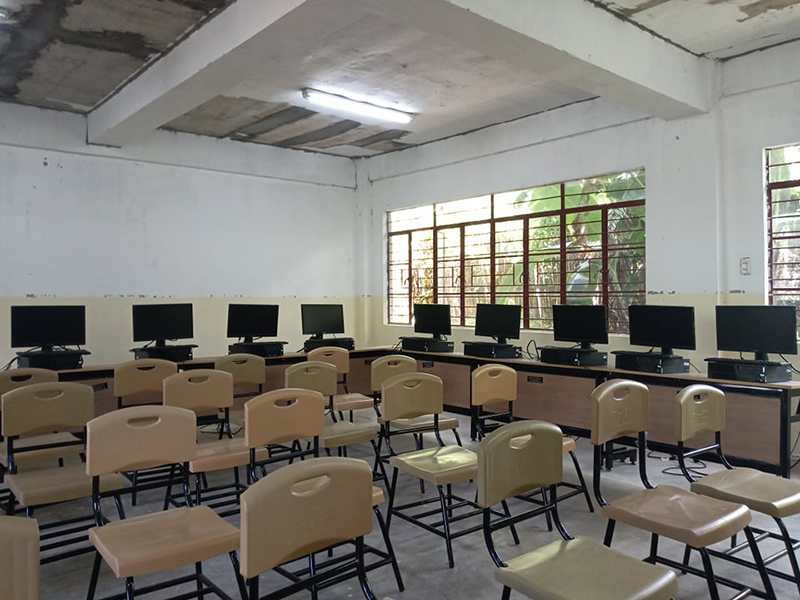 Jemar and his team seek to replicate Project Araw-Aral in other far-flung communities in the country. In the long run, they aim to lobby to the Department of Education (DepEd) for the integration of a renewable energy subject into the senior high school curriculum on ICT.

“Bridging Leadership is not just about establishing the physical project, but about sustaining its impact on the lives of community members. The project aims to draw the narrative of how electricity access through clean energy can empower students in marginalized communities,” Jemar said.