The ASEAN Economic Community (AEC), with a population of about six hundred million people and a combined GNP of more than US$ 2.4 trillion, is set to become the seventh largest economy in the world. Launched in December 2015, the AEC unveiled initiatives to create a single market and production zone, a competitive and equitable region, and integrated links to the global economy. 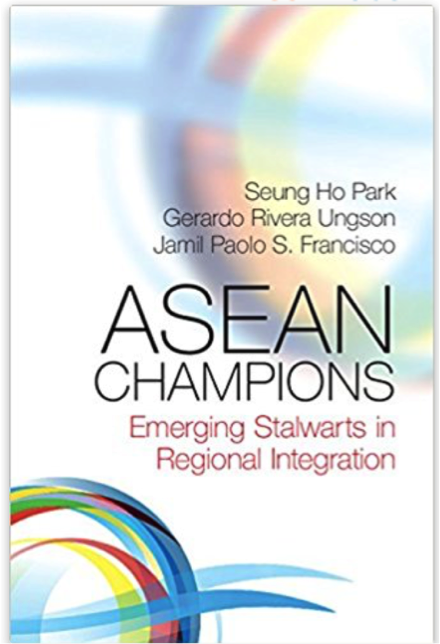 The book discusses how these firms, the so-called 'champions' succeeded and endured despite facing adverse circumstances, and the factors that facilitated or impeded their participation in regional integration. It also provides insights for future firm and government-led strategies to enhance the integration process.

By complementing current narratives that focus on macroeconomic, socio-political, and trade considerations, the authors offer an enlightening and engaging read, ideally suited to academics and professionals alike.

Seung Ho Park is Parkland Chair Professor of Strategy at China Europe International Business School. He was the founding President of Samsung Economic Research Institute China. He co-authored the awarding-winning book Rough Diamonds: The Four Traits of Successful Breakout Firms in BRIC Countries, and his research has been published in leading journals, including the Academy of Management Journal, Academy of Management Review, and the Journal of International Business Studies.

Gerardo R. Ungson is the Y. F. Chang Endowed Chair and Professor of International Business in the College of Business, San Francisco State University. He was formerly a Senior Resident Scholar with IEMS in Beijing. With Seung Ho Park, he won the Strategy and Business Journal award for the 2013 Best Book on Globalization for Rough Diamonds.

Jamil Paolo S. Francisco is an Associate Professor of Economics at the Asian Institute of Management (AIM). He is Executive Director of the AIM Rizalino S. Navarro Policy Center for Competitiveness. He has done research on ASEAN integration, environmental economics, household adaptations to climate change, financial markets, and fear of crime. He has led several research projects under the Economy and Environment Program for Southeast Asia of the IDRC, and under the East Asian Development Network.